The Hague is the country’s seat of government and home of the Dutch royal family. While it may seem like the city is all about serious stuff compared to other cities, a lot of people still want to explore The Hague.

That is why I answer some of the most frequently asked questions about The Hague.

What are my travel options to get to The Hague?

You can also get to the city by sea via the ferries from Harwick to Hook of Holland. If you’re driving, take the toll-free motorways A4 and A44 from Amsterdam, A13 from Rotterdam, and A12 from Utrecht.

When is the best time to visit The Hague?

The best time to visit the city is during the summer, which is from June to September. At this time, the weather is only moderately hot but you’ll get plenty of sunshine. However, winters are enjoyable here as well.

If you’re planning to come during the winter, make sure you bring an umbrella with you, along with some raincoat and boots, because rainfall is abundant during this time.

How to get to The Hague from Amsterdam? 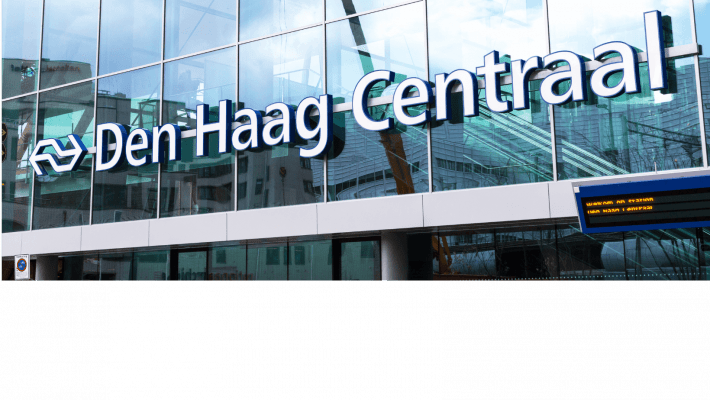 If you just arrived at the airport, trains to The Hague is available every 10 to 20 minutes. However, if you’re coming here, you will need to transfer in Leiden.

You can also book a taxi that you can get from the airport, which can take you to The Hague. That is, if you don’t mind paying for more. If you’d rather drive, you can always rent a car to get to The Hague and take the toll-free motorways A4 and A44.

How far is The Hague from Amsterdam

How to get from Rotterdam to The Hague

Rotterdam is around 13 miles away from The Hague. If you take the train, you will get to the Hague in just 25 minutes, but the journey time will be longer on weekends and holidays. Taxis and car rentals are also available. Remember, Rotterdam is closer to The Hague compared to Amsterdam, which means it will be a lot easier to get here.

Where to stay in The Hague?

There are many types of accommodations in the city. There are hotels, such as the Hotel Des Indes, if you want a luxurious stay during your stay. For travelers who are on a tight budget, hostels and other budget hotels are available, too! While bigger groups can get a holiday home or an Airbnb.

Where to eat in The Hague?

There are so many great places to eat in The Hague—you can find almost anything here, from Japanese, Italian, Asian fusion, European, American and many more. 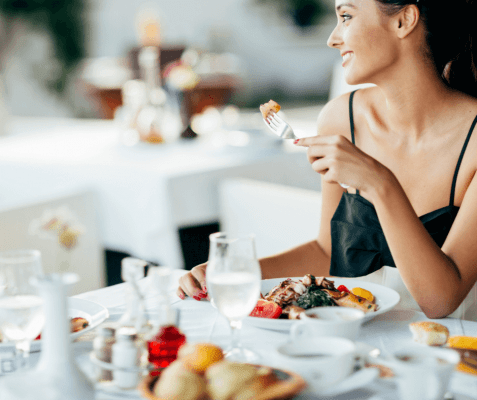 There are several restaurants and cafes in the city center you can choose from. Or you can also explore other areas, too!

What are the events in The Hague?

The Spring Festival, an annual event, is one of the things to look forward to in the city. There is also the BonFire Beach Fest that happens every year that celebrates the building of Scheveningen’s first bathhouse, which established the area as the first seaside resort in the country. Usually, this takes place on the third weekend of April. 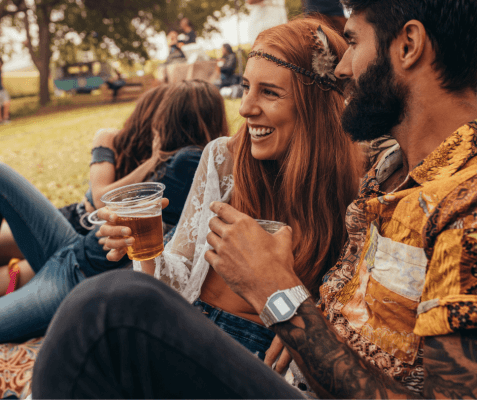 If you like beers, the Dutch Beer Tasting Festival takes place here, usually at the end of May. The event showcases over 250 beers by Dutch breweries held at the Grote Kerk.

The Zeeheldenfestival takes place in the first week of July. This is a five-day festival that brings out the best in the neighborhood. Other events to look forward to—the Prince’s Festival and Just Peace.

Do you want to know more about cities and villages in The Netherlands? Browse our topic today here at Ask The Dutch Guy! 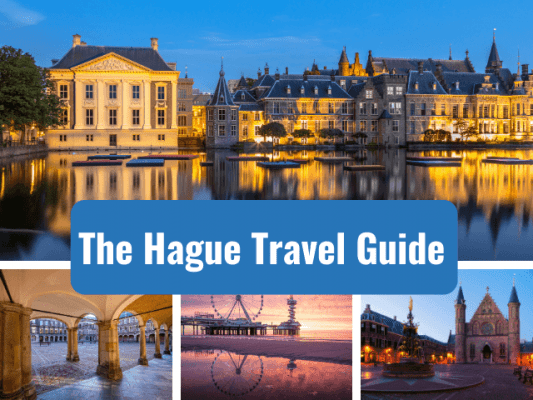 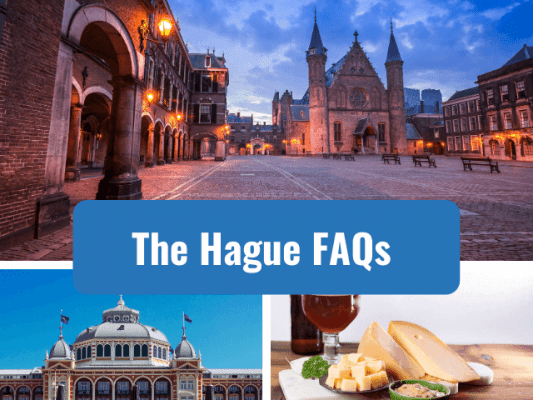 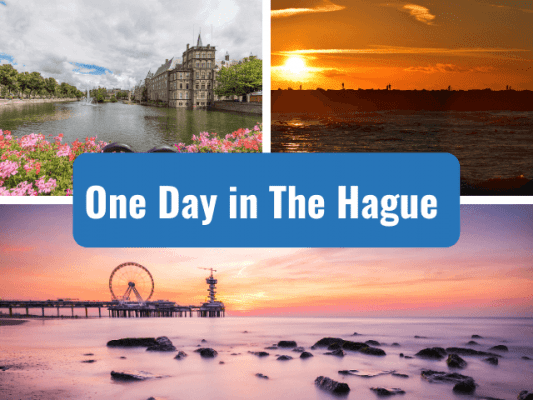 One Day In The Hague 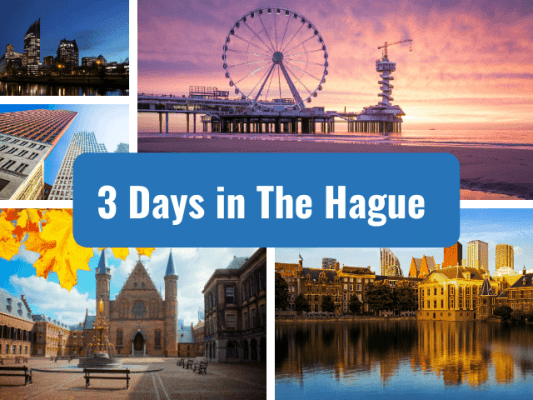 3 Days In The Hague

Explore Scheveningen in The Hague 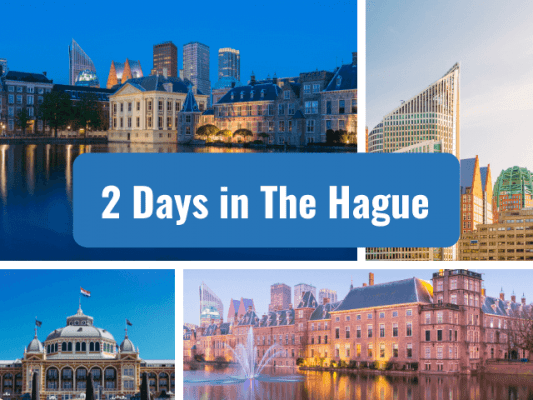 2 Days In The Hague 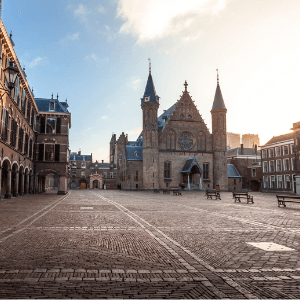 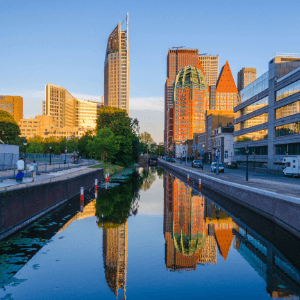 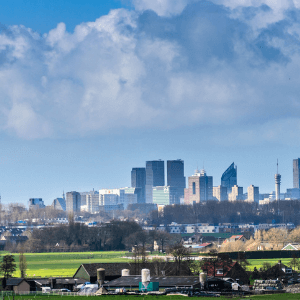 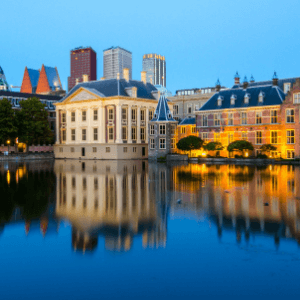