If there would be any chance that you’d visit Utrecht in the Netherlands, be warned—you might not need a map. It’s no secret. Utrecht is an attraction for first-time travelers because there’s no way they can get lost. But wait, that’s not the only reason why this humble city should be on your bucket list. 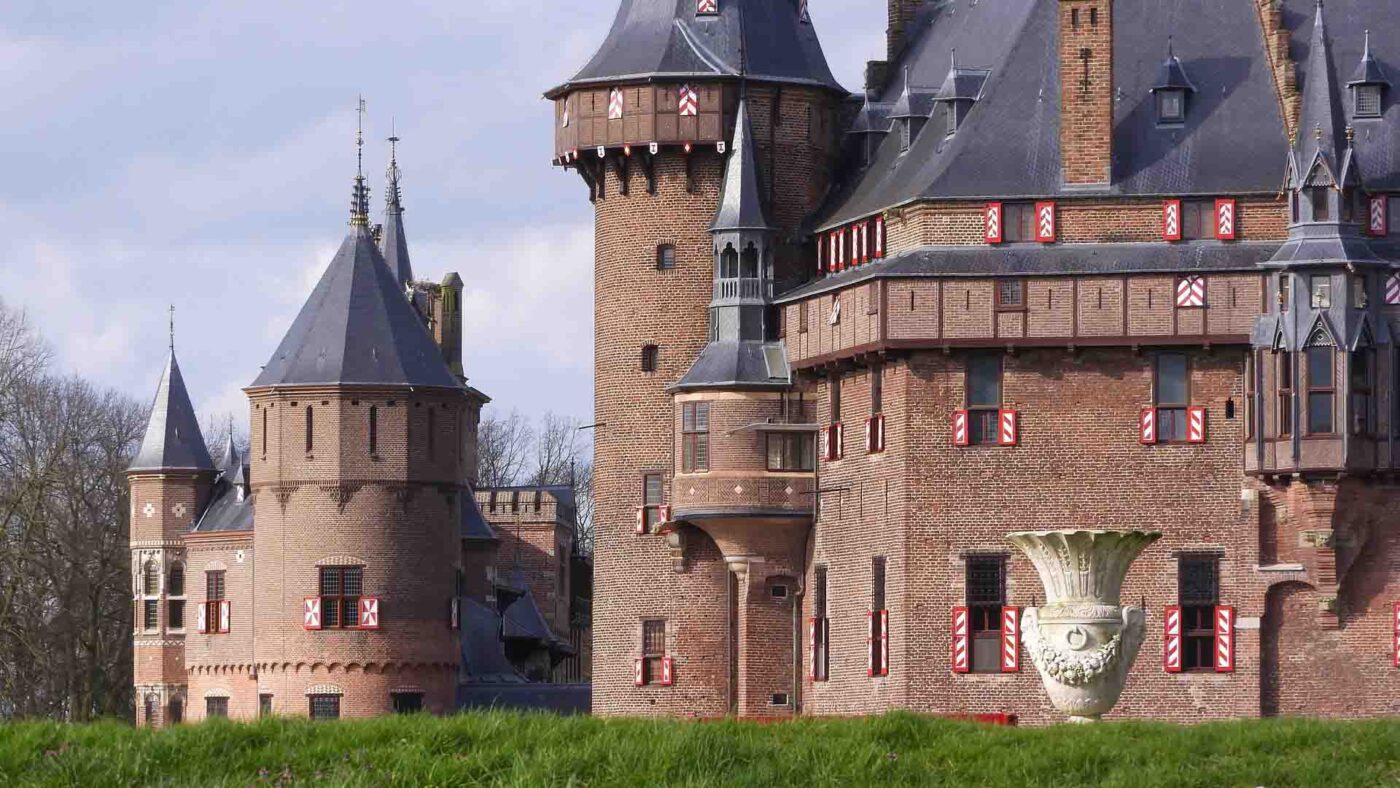 A Quick Look at Utrecht’s history

Founded by the Romans in 48 AD, Utrecht’s original name was Trajectum and Rhenum (Ford on the Rhine). It later became Ultrajectum which then changed to Utrecht. When the Romans left the city around 275 AD, it took until the 7th century to develop.

From that point, Utrecht has become the site of successive Roman, Frisian, and Frankish fortresses. The presence of bishops and their increasing influence paved the way for Utrecht’s commercial, cultural, and industrial dominance. Since Utrecht is sitting next to the Rhine River, it allowed the city to develop as a center of trade which served as the precursor of the Dutch Eastern Company.

There was also a point in Dutch history when it was under the suppression of the Spanish government. To stand up against Spanish rule, the northern parts of the Netherlands combined forces. This movement led to the Union of Utrecht, which helped solidify the Dutch republic. At the end of the 16th century, the Netherlands’ economic momentum shifted to Amsterdam.

Utrecht’s picturesque old town and its historic buildings have a significant contribution to its tourism and economy. As mentioned earlier, the city isn’t challenging to navigate through, and it possesses such allure like no other.

Some of the sights to lay your eyes on include:

the highest and oldest church tower in Holland.

built in 1254 on an earlier Romanesque church site, St. Martin’s Cathedral or what locals call the Dom Church (Domkerk), is considered one of the most important churches in The Netherlands.

is a fascinating self-guided tour underneath Cathedral Square. This tour will take you to the remains of the city’s rich 2,000-plus-year history.

it’s the country’s largest repository of Christian history. And it’s home to a great collection of medieval art treasures, with sections devoted to church interiors, religious beliefs, and medieval monasteries.

hailed as the largest castle in Holland, De Haar Castle boasts a fairytale-like fortress with medieval towers and ramparts, gates and drawbridges. 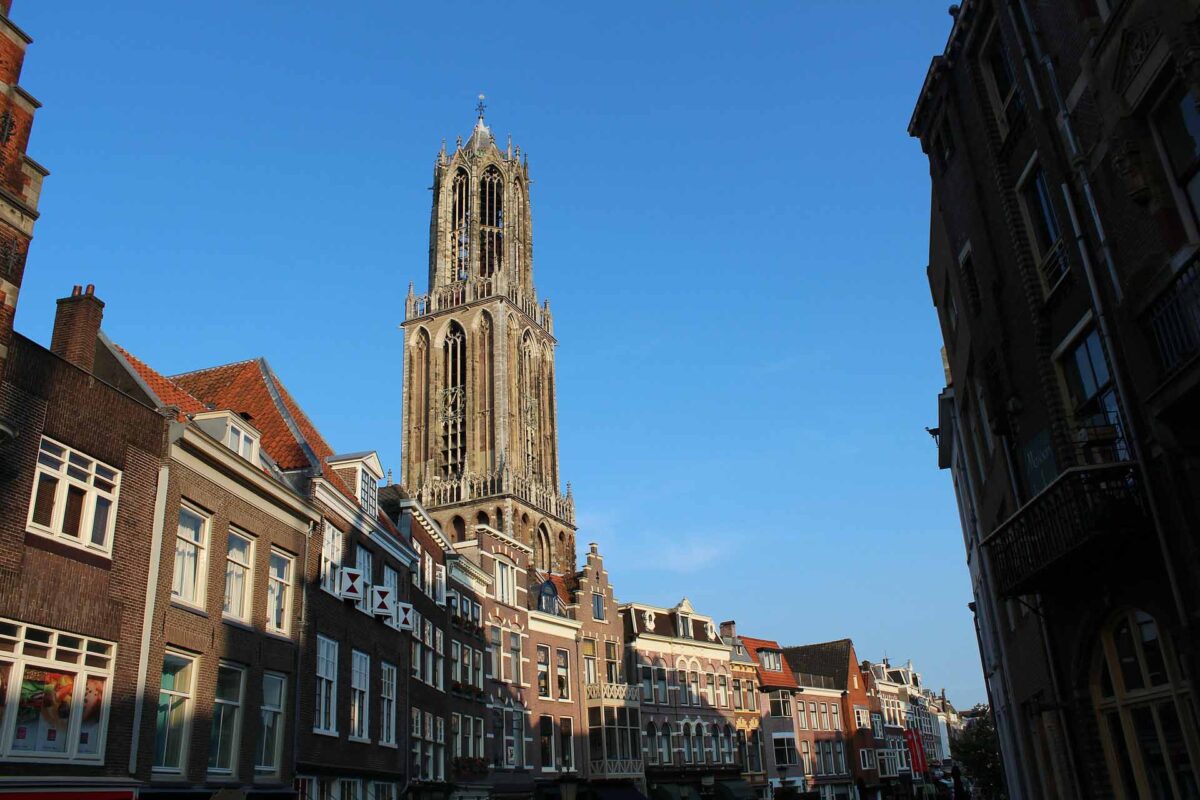 Top Things to Do in Utrecht

Compared to Amsterdam and Rotterdam, Utrecht’s historic town center is compact, which makes traveling easier. You can visit several landmarks and do a couple of things even in one day.

During your visit, you can dine in one of the best cafes in the University Quarter on Voorstraat or those near the town center and Oudegracht canal. At night, canal bars offer an excellent spot to enjoy a bottle of beer and take a bite of some Dutch cuisines.

Shopping in Hoog Catharijne, the country’s biggest indoor mall, can also be a great way to start your visit to the city. Otherwise, there are endless activities for you to choose from to make the most out of your visit. But to make sure you won’t be able to miss out on anything, check out this guide.

The 10 best hotel & places to stay in Utrecht 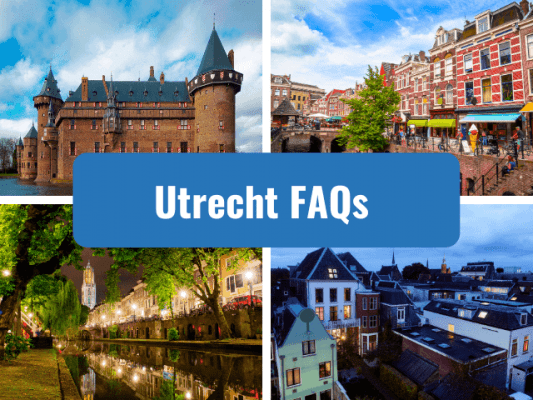 Traveling to Utrecht? Here are Answers to Your FAQs! 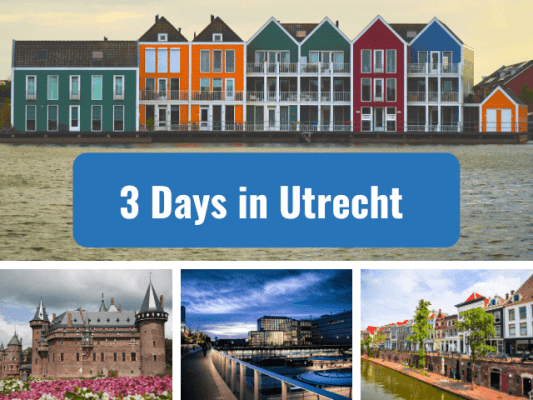 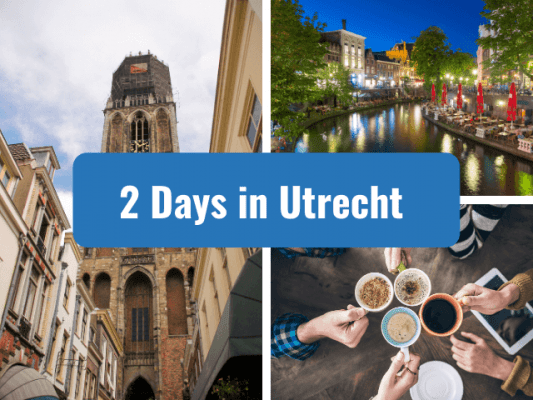 The Best Things to Do in Utrecht in 2 Days 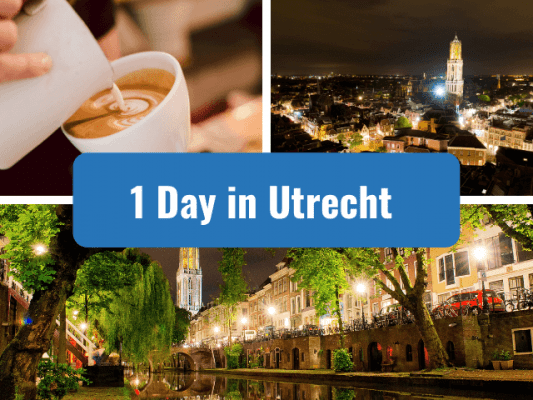 Spending One Day In Utrecht – 6 Best Things to Do! 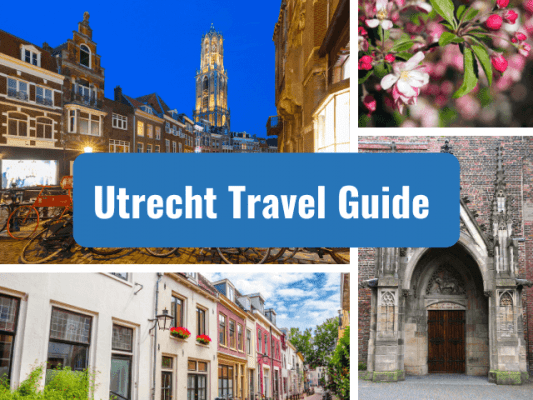 Your Ultimate Utrecht Travel Guide for 2021

How can we help you?

Are you flying to the Netherlands soon? Check out our travel tips here at Ask the Dutch Guy!