The Most Popular Dutch Sports: A Guide to Netherlands’ Sports Culture

The Dutch love sports! Sports in the Netherlands are diverse, fun, and full of life, as streets get filled in a sea of orange. Football is the national sport here and during the European and World Championships, Dutch fans get the orange fever.

Everyone puts on their loudest orange outfits, with crazy costumes and gadgets all in orange. Bars, shops, houses, and offices are decorated with orange flags and posters, and sometimes even walls are painted orange. Cars that run the streets with at least one Dutch or orange flag.

But that’s not all there is to it.Many other Dutch sports get the people shouting, running, and rooting. See below the top ten sports in the Netherlands.

The Netherlands is a die-hard footballing nation; the sport is almost a religion to the Dutch, Amsterdam became static as the Johan Cruiff Arena hosted several games for the UEFA European Championship 2020 (held in 2021). Sadly, the national team was eventually knocked out by the Czech Republic, but that didn’t stop the orange fever raging in the capital city, despite the Covid-19 restrictions. 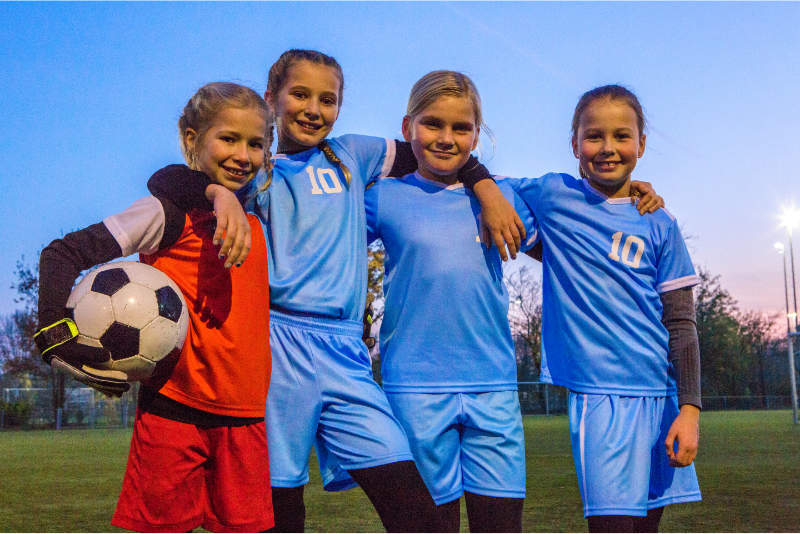 The Dutch national football team is popularly referred to as ‘Het Nederlands Elftal’ (The Dutch Eleven) or Oranje; and yes, it refers to the color orange and the House of Orange-Nassau and their distinctive orange jerseys.

The team has had an impressive record in the FIFA World Cup in the past, having competed ten times. Team Oranje is among the four best teams of the tournament on four different occasions: in 1974, 1978, 1998 (the Dutch national team ended up in fourth place after losing to Brazil on penalty kicks in the semi-final), and 2010 (they lost in the World Cup final).

The orange footballers are well-known in the international football scene for the enthusiastic orange legion of fans and its star players, including Cruijff and Van Basten, and world-famous trainers, like Michels, Hiddink and Van Gaal.

The women’s football team, Orange Lionesses, has also been making a name for itself, doing extremely well in the classifications. In 2017, they won the European Championship League.

In 2019, however, they lost against the United States in the World Championship and came in second. They have begun preparing for the 2022 European Championship in England for a chance to become champions again and defend their EC title.

Field hockey is the second most popular Dutch sport. The national women’s team became one of the most successful teams in World Cup history, while the Dutch national men’s team won three times and brought home many gold medals.

The Netherlands’ national women’s field hockey team ranks at the top of the International Hockey Federation and are the reigning champions. They are the most successful team in World Cup history, having been champions eight times and taking home eight Olympic medals through the years. The women Dutch hockey players have dominated the Olympic Games, European Championships, and World Cups.

The Dutch have hosted several prestigious tennis tournaments, and the Netherlands is home to a plethora of public and private tennis courts to train budding stars.

This Dutch sport is very popular. In fact, the Dutch National Tennis Association (KNLTB) has around 550,000 tennis players.

The biggest tennis tournament here is the ABN AMRO World Tennis Tournament, which puts together the world’s biggest players in Rotterdam.

This yearly competition is one of the world’s biggest indoor tennis tournaments, attracting thousands of tennis fans from all over Europe and the world. 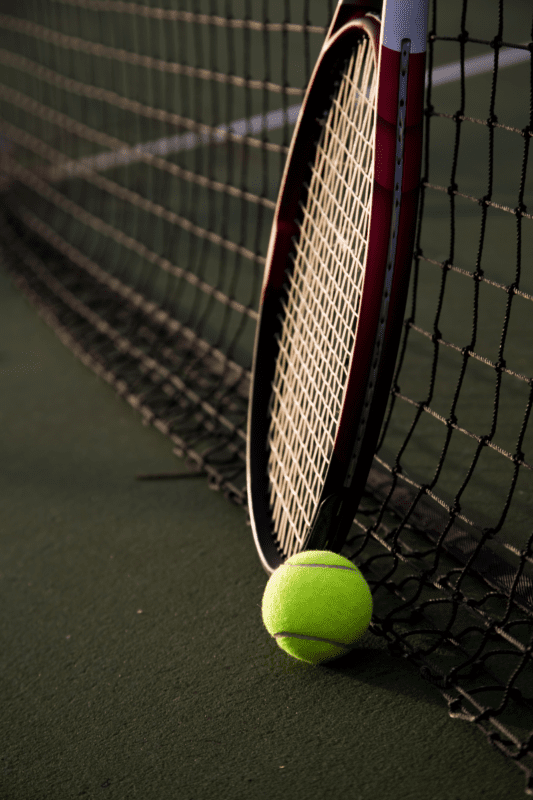 Photo by By arekmalang (Canva)

Formula One and the Netherlands’ young homegrown talent Max Verstappen are synonymous to many car racers and racing fans. This promising Dutch Formula One racer looks set to become one of the sport’s greatest ever drivers.

Meanwhile, people who have a need for speed also love motorcycle races at the Assen TT, which traditionally takes place at the end of June.

The lowly bicycle is ultra-popular in the Netherlands, and there are more bikes in the cities than there are people. The Dutch move around more on two wheels than on their cars, the train, and other modes of transportation.

As a professional sport, cycling became popular in the country back in the late 1890s and took off in the early 1900s. Ultimately, cycling became one of the leading Dutch sports in 1928, when the Royal Dutch Cycling Union was formed. 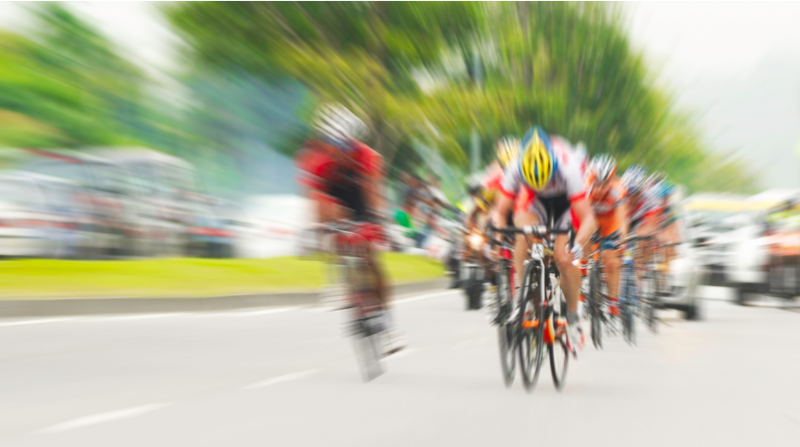 In 1954, Amsterdam became the first place outside France to host the Grand Départ of the Tour De France. There have been two Dutch Tour de France winners through the years – Jan Janssen and Joop Zoetemelk, and seven have been crowned World Champion.

No matter the terrain, open road, off-trail, or track, cycling is still very popular among the Dutch.

The country’s topography is a perfect training ground for world-class cyclists. The flat landscape, mild climate and more than 37,000 kilometers of cycling lanes mean cyclists, and even casual two-wheelers, are safe getting around on their bikes.

The Netherlands has hosted the Tour De France’s Grand Départ six times. Recently, Rotterdam and The Hague are bidding to host this prestigious cycling event in 2024 or 2025.

Running is truly a pleasurable hobby and sport in the Netherlands, as the country is famously flat and with spectacular urban and natural landscapes. It is common to see people leisurely jogging or training along the many scenic trails.

The Netherlands has hosted many international running competitions, the biggest of which are the annual Amsterdam Marathon and the NN Marathon Rotterdam and the Dam tot Damloop in Amsterdam.

NN Marathon Rotterdam is the country’s most major running event. Every year, over 20,000 runners show up to participate, including some of the greatest runners in the world.

Three world records have been set in this marathon, two by a man and one by a woman. With an annual attendance of 900,000 spectators, the marathon of Rotterdam almost always turns into one big party. 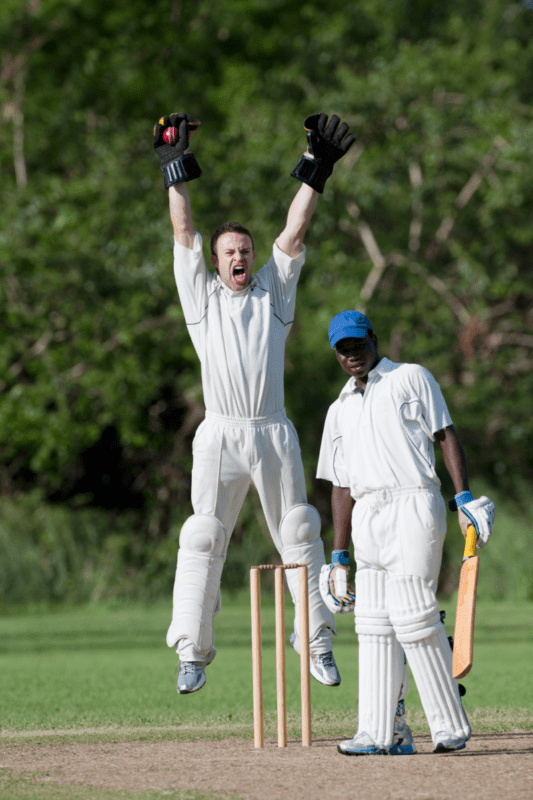 Cricket is also a popular sport in the Netherlands. In 1883, the Royal Dutch Cricket Federation was formed, and after a century, the Netherlands national cricket team became a major competitor on the world stage.

In 2020, the national team defeated the World Cup hosts, England, in the tournament’s opening match, although they failed to qualify for the Super Eight stage afterwards.

There may still be a small player base that sustains this sport in the county, but several Dutch cricket players have won professional contracts in England. Also, the Netherlands is ranked within the top 15 teams in the world.

A quarter of the country is below sea level, making the Netherlands a perfect place for water sports. People and professional skippers can go boating through the canals in big cities or enjoy the peace on large bodies of water.

There are plenty of water sports opportunities along the Dutch coast. Professional diving, surfing and kite surfing competitions are held at the beaches in Zeeland and the beaches of the Wadden Islands, among other venues. The most popular boat competitions are the Volvo Ocean Race or North Sea Regatta in Scheveningen. 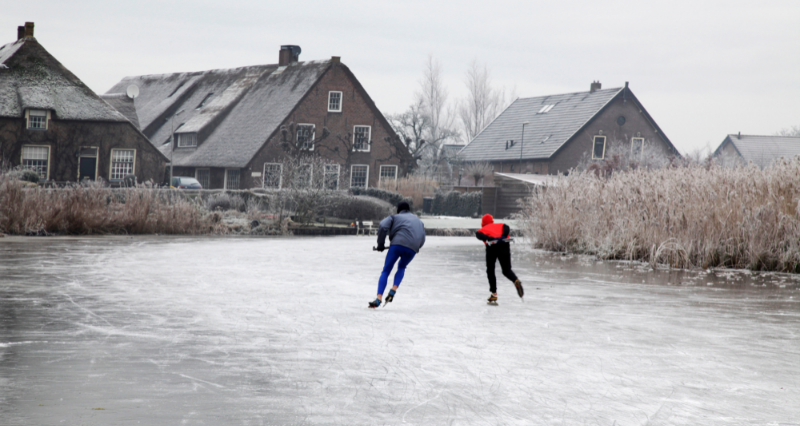 Despite not having natural mountains in the Netherlands, the Dutch love to ski. There are several indoor parks with artificial slopes where amateur and professional skiers can practice their skills and spend a fun day out.

When winter hits, speed skating becomes the undisputed king of sports in the country. The sport took off in the 1900s, and Dutch speed skaters began raking in gold in the 1960s.

The Dutch love sports so much they even invented their own sport – the korfball. Korfball, is a mixed-gender or only female ball sport that looks like netball and basketball combined.

Korfball may not hit major international sports coverage, but it is well-loved by many. In 1902, a Dutch sports teacher Nico Broekhuysen came up with this sport, which is now primarily played in the Netherlands, Belgium, and Taiwan and known in 54 countries.

Who said the Netherlands is only about tulips, windmills, and canals?

Who said the Dutch culture promotes only arts and architecture?

Who said the Dutch are only about cheese, weed, and romance?

Needless to say, the Dutch people also love to go rugged and get passionate about sports. Sports and competitiveness are pretty much ingrained in Dutch culture.

Next time you think about the Netherlands, think about soccer, cricket, korfball, Dutch winter sports, and the other top sports in the country as well.

Do you want to know more about The Netherlands? Ask The Dutch Guy is your best source! Browse our other topics today.