These 10 Amazing Facts About the Netherlands Will Surprise You!

The Netherlands is one of the most popular destinations in Europe. Tulips, windmills, clog shoes, and Amsterdam are some of the things that come to mind when it comes to this beautiful country. Albeit true, there’s more to the Netherlands.

Here are ten fun facts about the Netherlands that you probably didn’t know:

1. The Netherlands is not Holland

Is the Netherlands also Holland and Holland the Netherlands? This is so confusing, but don’t worry, millions of people worldwide aren’t also sure. In fact, Holland is a more popular name of this low-lying country (probably because it is shorter and easier to say) than the Netherlands. But let me set the record straight.

So, where did the confusion come from? Holland used to be the most popular area as it contributed the most to the Dutch kingdom’s economy and wealth. Historically, people commonly referred to the entire country as Holland, although misused.

It was only very recently, in January 2020, when the Dutch government officially dropped its country’s nickname, ‘Holland’, to finally settle the issue and rebrand its ‘international image’.

2. The Netherlands is the sixth happiest country in the world

According to the 2020 World Happiness Report, the Netherlands is the sixth happiest country globally, besting 155 other countries.

The report identified healthy life expectancy, freedom, trust, corruption, and social support as factors that make people happy. The Dutch were found to be very happy for their high levels of social and institutional trust and social connection.

The five happiest countries, all in Europe, are Finland, Denmark, Switzerland, Iceland, and Norway, and interestingly, the Dutch people’s neighbors are a bit farther down the list – Germany (17th) and Belgium (20th).

In 2017, no surprise here, Dutch children were the happiest in the world, according to a UNICEF report. They said Dutch children are jovial, thanks to their material well-being, health and safety, educational well-being, behavior and risks, housing and environment, and subjective well-being.

Also, Dutch children find it easy to talk to their parents, and they especially love it that they usually get chocolate sprinkles for breakfast. 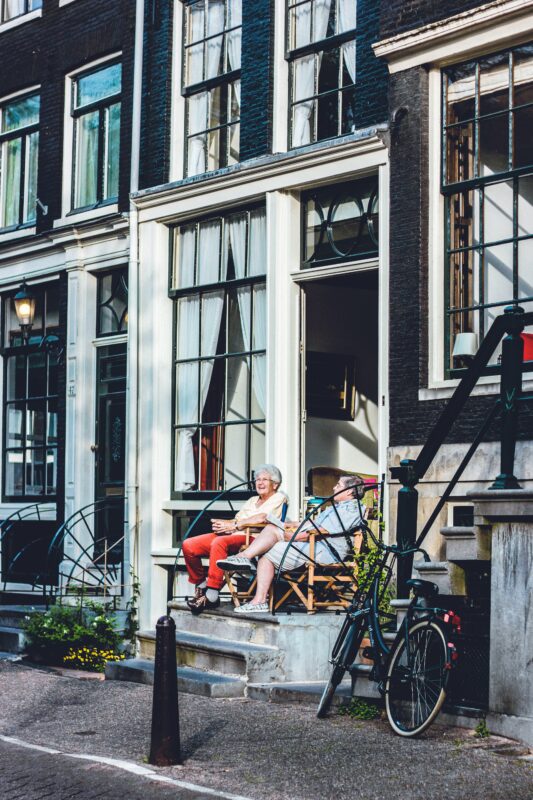 Photo by Laura Thonne on Unsplash

3. The Netherlands is partly under sea level

This may not come as a surprise to many, but it definitely is a fantastic fact – 26% of the Netherlands is actually below sea level. The lowest point is Zuidplaspolder, 7 meters below sea level, and the second-lowest is Nieuwekerk aan den Ijssel at 6.7 meters below.

If you didn’t know, the word ‘Netherland’ literally translates as ‘lower countries’. The Dutch know they’re on shaky ground, and so historically, they became very creative in pumping the land dry using an intricate system of windmills, pumping stations, polders, and dikes.

4. The Netherlands is home to over 1,000 windmills

Now you know that windmills weren’t built, not just to make the country look pretty. They are ingenious machines that keep the water at bay to avoid flooding.

The Netherlands is home to more than 1,000 windmills! The most majestic windmills are the ones that stand in Kinderdijk, which is a UNESCO World Heritage Site. These ancient, man-made giants are still being used to drain water from the land. Others, such as Molen de Valk in Leiden, are used to grind grain into flour. 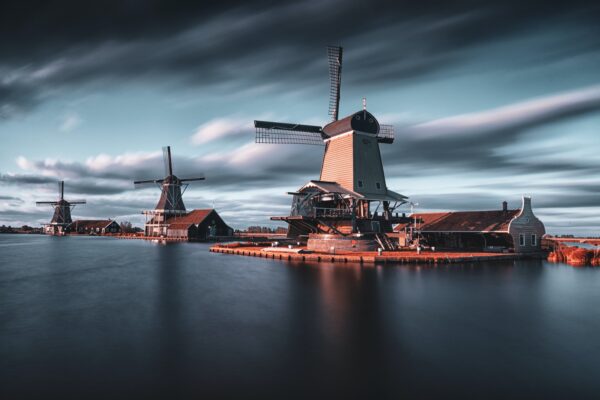 Many windmills in the country are also museums you can visit to learn about their history. Only a few windmills still operate commercially today.

Meanwhile, the Dutch also started building dams, dykes, and barriers to drain the land in addition to windmills. As a result, the people built the Delta Works, a collection of dams, sluices, locks, dikes, levees and storm surge barriers, which are why the Netherlands is not underwater. The Delta Works was built after the floods of 1953 that destroyed 150,000 hectares of land and killed 1,865 people.

5. Tulips aren’t native to the Netherlands

The humble and lovely tulip represents the Netherlands. This is the country’s iconic flower, but not many people know that this lovely flower didn’t initially grow on Dutch soil. The colorful tulip was actually imported from Turkey in the 16th century, but somehow it crept into the people’s hearts and played a vital role in Dutch culture.

It all began in the 1630s during ‘Tulip Mania’. The Dutch went tulip crazy, and prices rose until bulbs cost as much as houses! Growing and tending to them became big business, and so hundreds of farmers switched to cultivating the flower before the industry suddenly collapsed in 1637. The collapse left many people in poverty. It wasn’t until the last winter of WWII that the starving Dutch discovered tulip bulbs are actually a food source.

Today, every third Saturday in January, is Dutch National Tulip Day. This signals the start of the tulip season – with free flower picking and flower festivals.

Meanwhile, besides the ultra-popular tulip, you probably didn’t know that almost 80% of the world’s flower bulbs come from the Netherlands. The Netherlands is the world’s leading exporter of flowers, most of which are tulips. The country produces and exports around two billion tulips each year, sending them to different destinations around the world.

The world’s largest trading center for plants and flowers is at the famous FloraHolland auctions in Naaldwijk, Rijnsburg, and Aalsmeer. Thousands of visitors from all over the globe come to the auction every year to witness the massive logistics operation required to transport the blooms to so many countries worldwide.

Also, the largest and most famous garden in Europe is the beautiful Keukenhof Gardens near Amsterdam. In spring, people flock to this well-loved destination in the Netherlands to marvel at the spectacular sea of tulips. 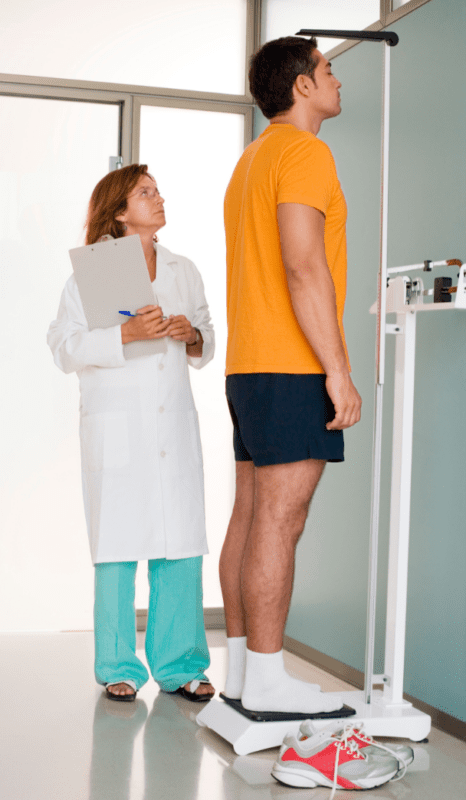 Photo by IT Stock

6. The Dutch are the tallest in the world

There must be something in the water, or the flowers, because the Dutch people are the tallest in the world. On average, the Dutch men are 1.84 meters tall, and the women are 1.70 meters.

Many people have tried to explain why this is so. There have been several theories as to why the Dutch people are so tall, but nobody has come up with a clear explanation or conclusion.

Some studies say environmental factors are key. The contributing factors include low social inequality, universal healthcare, and heavy dairy consumption. The Dutch love their cheese, so that must be it.

7. The Dutch own more bicycles per person than anybody else in the world

To the Dutch, two-wheeling is a way of life. They love their bicycles more than their cars. Cycling in the country is essential if you want to get about efficiently and with so much fun. Not to mention that it is a very healthy habit too. The capital city of Amsterdam has been regularly voted as one of the most bicycle-friendliest cities in the world.

It comes as no surprise that the Dutch own the most bicycles per person than in any other country. On average, every person has 1.3 bikes, which proves what people have always been saying – there are more bicycles in the Netherlands than people. 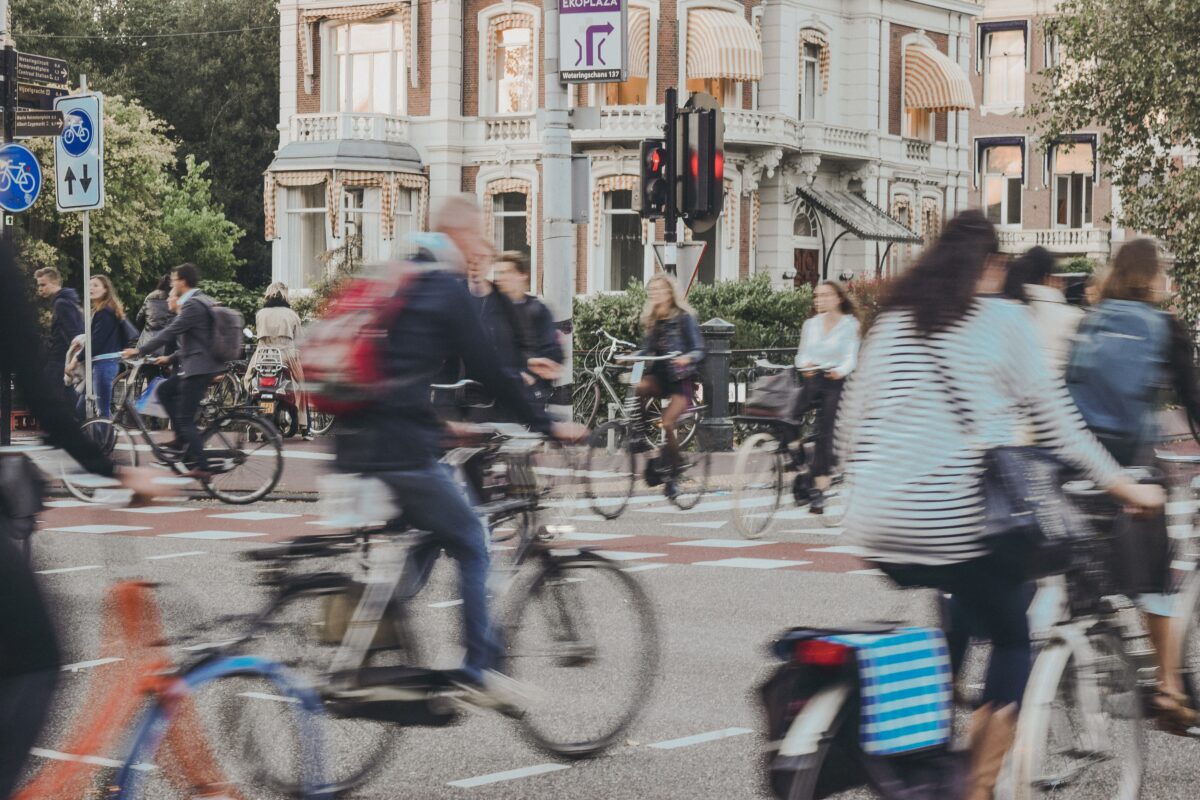 Photo by Noralí Nayla on Unsplash

There are over 22 million bicycles in the country and only 17 million residents; this includes the clever but awkward-looking bakfiets that combine a bike with a large container at the front to transport children, pets, and shopping.

The Dutch cycle an average distance of 2.9 km per day or 1,000 km a year in about 250 to 300 trips. The downside of having so many bikes is that theft is very high, particularly in Amsterdam. Over 100,000 bicycles are reported stolen each year in the Netherlands. That is a lot of bikes.

8. One-fifth of the population in the Netherlands is actually not Dutch

The Dutch are known to be very open, flexible, and multicultural. More than 3 million people living in the Netherlands come from a non-Dutch background, accounting for roughly one in five people. Also, over 1.7 million immigrants are of non-Western origin. They mainly came from Turkey, Surinam, Morocco, Antilles, and Aruba. Most of them have settled in Amsterdam and Rotterdam, where almost one in three people are of non-Western origin.

9. Orange is the national color of the Netherlands

Orange is the national color of the Netherlands, which is a surprise because the Dutch flag is red, white, and blue. The Dutch monarchy is from the House of Orange, and until becoming king, Willem-Alexander was the Prince of Orange.

Not many people know more about orange, but it was actually the Dutch who turned carrots orange. This is truly a surprising fact that the Dutch actually twiddled with nature and changed the color of this humble vegetable.

Almost all carrots were naturally yellow, white, or purple for centuries. It was sometime in the 17th century when most of the carrots turned orange.

The reason behind this nature-altering transformation was actually political. Dutch growers cultivated them as a tribute to William of Orange, who led the struggle for Dutch independence. The new species won the evolutionary race, and the original carrots were eventually phased out.

10. The Netherlands has the highest English proficiency in the world

Dutch is the sole official language of the Netherlands, and so it comes as a surprise that according to the EF English Proficiency Index, the Dutch are very efficient in English, narrowly beating Denmark and Sweden. Between 90% and 93% of the population can speak English as a second language. Another surprise is that around 94% of Dutch can speak two languages, which is well above the average of Europeans.

Around 400,000 Dutch can also speak Frisian, which is also an official language in the northern province of Friesland. Other languages spoken in the country are Limburgish, Dutch Low Saxon, and Gronings.

These fun facts about the Netherlands get more surprising the more you think about them. Who knew carrots weren’t originally orange? Come to the Netherlands to learn more about this amazing country here at Ask the Dutch Guy!